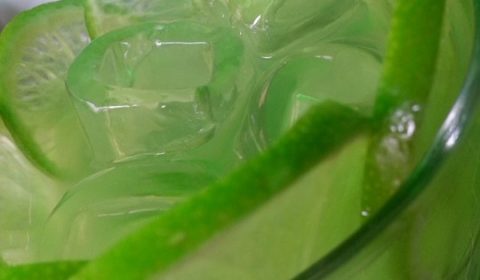 While it’s officially autumn and the leaves and the temperature are falling, there’s no reason why you can’t still enjoy a mixed drink that will keep your mind on the sand, surf and Brazil’s warm temperatures: the caipirinha.

The drink is very famous and high in popularity due to both the simplicity of the recipe as well as the flavour. The history of the caipirinha allegedly goes back to 1918, the year of the Spanish flu, but the ingredients were different then, and were used to treat the symptoms of the widespread, infamous illness. Though the ingredients have changed, and it’s most commonly consumed as a party beverage, caipirinhas are also currently used to assist with easing symptoms of the common cold virus, likely because of the citrus fruits involved.

If you’re reading this and you’re not familiar with this drink, prepare to be stunned by how delicious and amazing a caipirinha will sound to you once you’re done with this article.

First off, let’s get acquainted with how the word’s pronounced: Kye-peer-EEN-ya. It might take a few tries to get used to the pronunciation, but once you’ve got it down, it’ll be a snap.

Second, it’s time to get to know the ingredients and how a caipirinha is mixed. The classic caipirinha includes:

First, cut the ends off the lime, and then cut in half. It’s often best if you also cut out the centre pith, as it tends to be bitter. Next, cut one half of the lime into four wedges, and place in the bottom of your tumbler. Then, put in your two small spoonfuls of sugar. Grab a muddler and gently press and mix the lime wedges and sugar together. The key is to press the juice out of the lime to mix with the sugar, but don’t press so hard that you completely mash up the wedges.

Then, you’re going to pour in two ounces (59 mL) of cachaca, which is a famous Brazilian cane-sugar-based alcohol, and it tends to be really strong, so it’s wise to start with the original measurement to see how well you can handle it.

Some people say to use a drink shaker to mix everything together, but you don’t really need to, since you’ve already muddled the lime and sugar together. Plus, to have a truly authentic caipirinha, don’t shake it, stir it.

What If You Want a Different Fruit?

While the lime is a classic fruit for a caipirinha, as is the lemon, caipirinhas are made with other fruits as well. You can use oranges, strawberries, or pineapple, for example. and if you happen to be in Brazil, you’ll often find caipirinhas made with passionfruit. Some people even add basil as a garnish to the lime caipirinha, but that might be a hit-or-miss addition, depending on how well you or your friends like the herb.

Another variation, alcohol-wise, to the caipirinha, is the use of vodka instead of cachaca to make a Russian version of the drink. This is a very handy switch to keep in mind, in case you’ve tried cachaca and you don’t like it, especially since the original recipe is already quite sweet.

In the event that you change out the cachaca and use vodka instead, the name of the drink changes to “caipiroska.”

There are many brands of cachaca out there, so if you plan on having a go at making a caipirinha for yourself at home, it never hurts to do a tiny bit of research at first, if you really want to make a good drink. However, if you just want to dive in without researching, try a silver or white cachaca first.

The leaves and temperatures may be falling, but caipirinhas (or caipiroskas, if you prefer the vodka) are one way to stay mentally connected to your summer holiday dreams while having a good time with friends and family.