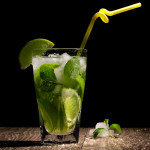 Brazil is known for its delicious, hearty meals, World Cup championships, rich and diverse Brazilian culture, and of course, for its hot summer days and nights. Nothing can beat the heat and bring relaxation quite like a chilly Caipirinha cocktail. The caipirinha is one of Brazil’s best kept secrets for keeping cool and refreshed. Or at least, it used to be! This famous alcoholic drink has become available in many countries and is taking Europe and the United States by storm. This drink is made with lemon and cachaca, and it is the perfect accompaniment to any rich Brazilian dish. If you already know that Brazilian food makes your mouth water, then this is a drink you’ll love.

Caipirinha is the official cocktail of Brazil

Caipirinha is the official cocktail of Brazil and has been for decades. There’s more than one story about how the delicious caipirinha drink came to be, but the most widely accepted story in Brazilian culture is that the caipirinha was first used as medicine for treating the Spanish flu. The recipe originally used lemon, garlic, and honey, which are natural remedies still used to treat colds and flus today. As it was common to use distilled spirits to “speed up” the recovery process, cachaca (or white rum distilled from sugarcane) was added to the medicine. At some point, it’s said that someone must have taken out the garlic and honey, added sugar to cut the acidity of the lemon, and tossed some ice cubes into the drink because of Brazilian’s hot temperatures. In no time, due to its icy, delicious flavor, the caipirinha went from a cold cure to a connoisseur’s cocktail.

Today caipirinha has gone from Brazil to the world

Today caipirinha has gone from being popular in Brazil to becoming a must-have drink in Europe and the United States. This delicious cocktail is finding its way onto more and more drink menus as excellent brands of cachaca are becoming more available outside of Brazil. To make this drink, expert mixologists take a fresh lemon and roll it along a cutting board to loosen its juice. The lemon is then sliced into pieces and placed inside a glass. The lemon pieces are crushed and a sprinkling of sugar is added. After that, cachaca and ice are mixed in and the drink is ready. Not a fan of cachaca? This drink can be made with vodka, for a different, unique twist on a Brazilian favorite.

The caipirinha goes well with just about any dish, appetizer, or dessert – or simply by itself. Enjoy this delicious drink alongside a rich, hearty, stick-to-your-ribs meal like bobo de camarao or sip caipirinha while snacking on a coxinha appetizer. The saltiness of the coxinha perfectly complements the acidity of the lemon and the sweetness of the cachaca and sugar. Once you try the caipirinha, you’ll love it so much that you’ll want to share it with others! Ordering a pitcher to share with your friends or family is a winner every time.